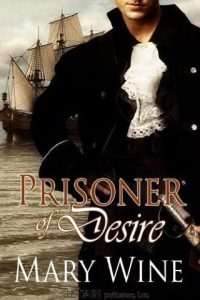 Fate rarely obeys the will of men or women.

Learning she is bound on the next tide to marry a Caribbean commissioner, Lorena St. John is devastated. Yet she must obey her iron-handed stepfather, or her beloved sisters will suffer the consequences.
She arrives in Bermuda with hope, but finds her betrothed is a slave master who views her as chattel. Defiance gets her locked out of his house, vulnerable to the harsh tropical sun and a band of desperate men.
Captain Warren Rawlins isn t above using Lorena as a shield to rescue his brothers from the British fortress. Once aboard his ship, though, he finds Lorena is no fragile English bloom. She s a delectable handful with a sharp sense of honor and an even sharper tongue.
Despite her initial outrage, Lorena finds herself softening toward the rough crew of the Huntress who have more nobility than a thousand proper gentlemen. And its captain finds himself fighting a losing battle against the need to take her in his arms, propriety be damned.

All too soon Boston Harbor looms, but the danger isn t past. Warren once again takes to the sea to fight for the woman he loves. Winner takes all.