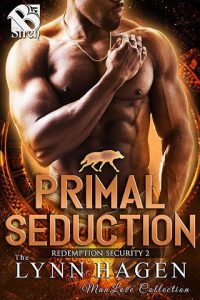 Fate picked one hell of a time to give Teague a mate. He was messed up in the head after being mind-controlled by a vampire, second guessing his own decisions, unsure if he could even trust himself again. Teague’s boss, Rhys Maxwell, thought it was a good idea to send him into the field.

Teague begged to differ.
Austin Girard was being stalked, and before Teague had stepped into the picture, no one would believe the human. The police wanted more proof than some random pictures Austin’s stalker had sent him. Teague didn’t need any more proof. He saw the fear in his mate’s pretty eyes, and knew he had to help in any way he could.

Austin was counting on Teague to protect him. Teague was determined to do just that while trying to find his way back from his own personal demons. Teague will fight to the death for the one man who was a balm to his soul.