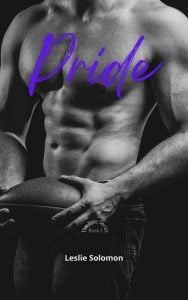 “You miss one-hundred percent of the chances you don’t take.”

My junior year of college is supposed to be different. My sister has been accepted into the same college as me and lives on campus. I promised our parents that I would do what I could to light a fire under her non-existent dating life.
I found the perfect guy for her and it just happens that I really like his sister, too.
Harley is everything I’ve ever wanted, but her life revolves around her brother.
If I can just get my sister to date her brother, maybe he’d lay off Harley, letting us have a normal relationship. My sister will finally have a boyfriend for once.
But there are other guys vying for my sister’s attention. I just hope they don’t end up ruining my relationship with Harley.

I just have one more year of being my brother’s shadow. He’ll be recruited and be states away from me by the end of the year. I’ve avoided dating since I knew it would interfere with my duties as his assistant, but then I met Ricky Spiro.
He’s the first guy in a long time that has paid me any attention despite knowing who my brother is. I’ve never had a guy send so many selfies in a day! Or text me as often as he does. It’s like he’s always there even when we’re not in the same room.
But Cody comes first, according to our parents who pay for our apartment and my tuition. I’m always secondary to him.
I should be able to juggle a relationship and be my brother’s assistant at the same time. Unfortunately, I’m my brother’s keeper for one more year. I can do this.