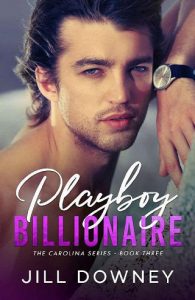 Griffin Bennett,youngest heir to the Bennett fortune, has finally returned to his Carolina home. Everyone is currently abuzz with excitement over a major movie that is being filmed in its entirety, right there in their small seaside town. It has a big name director at the helm and bona fide movie stars as headliners.
The unexpected happens when the film director discovers Griffin at a local bar and asks him to audition for a role in the film. As a lark he does a read through and nails it! Next thing he knows, he’s got the part.

What has him sweating is that he’ll be playing the lover of the lead actor Penelope Winters…who just happens to be every guys fantasy. He’s had a crush on her since he saw her in the blockbuster film, Forbidden Love. He can’t decide if he’s lucky or cursed.
Penelope Winters is burnt out…on fame…men fawning all over her…and fake people. She no longer has the stomach for it. Since she lost her mom to cancer, nothing seems important, least of all this film.
When they cast an unknown local with no acting experience as her love interest, she thinks the director is crazy…that is…until she does a test read with him…Their chemistry is undeniable and off the charts steamy!

For the first time she feels some hope for the film. Griffin Bennett, however, is like most men she’s ever encountered, full of himself…but he does have that spark which the movie so desperately needs.
Will they be able to contain their steamy love affair to the film set bedroom?
As the lines are blurred between fantasy and real life, they find themselves navigating uncharted waters to find their way back to the truth of what they desire most and who they really are.