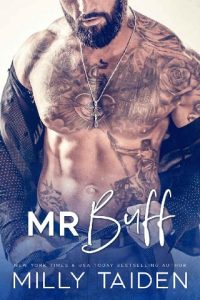 Every morning, Alexandra drinks in the sexy vision of Mr. Buff through his office window across the alleyway. He takes his workouts seriously, and Alexandra never misses the opportunity to see him return half-naked, sweaty and pumped, to his office suite to shower.
But when Alexandra bumps into Mr. Buff, aka Andrew Carter, at a club, things go from visual to physical. Turns out Andrew enjoys the view from his office just as much as she does from hers and can’t take his hands off the woman who makes his blood roar.

When Andrew is framed for the murder of his secretary, Alexandra goes “undercover” to get the confession from the real killer. All the while, someone else wants her dead for exposing a massive embezzling scheme. With a laundry list of people who want Alexandra dead, Andrew will have a hard time trying to keep her alive long enough to ask her to marry him.

**Previously published as a short story under the same title. This is now a full length with over 35K words added to it.**