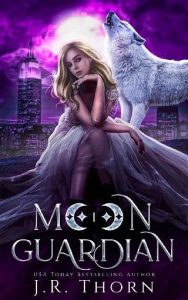 I broke the pact and now I’m stuck with five sexy mates.
Wolves aren’t supposed to mate humans. Humans also aren’t supposed to interrupt sacred mating ceremonies, but I had a good reason, all right? I needed magic, and I needed a lot of it to save my little sister from the Moon Shadow plague running rampant in human territory.
Do the wolves think twice about consequences? No. They’ve been careless of the side effects caused by their little territory battles. They have never cared about us.
But they’ll care now, because I have all of their magic in the palm of my hand.
Literally. The Goddess Crescent was supposed to be a myth, the power to turn a human and unite the major clans. I just didn’t expect it to bond me to an Alpha from each of the five packs, and now I’m afraid I bit off far more than I can chew.