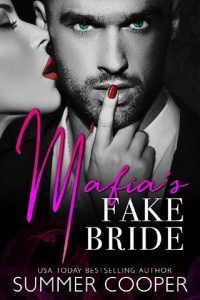 She’s finally free… or so she thinks.
Her mother is dead.
Marie was a good daughter, even if her mother never said it.
But now, she’s finally free from Ruby’s hatred and abuse.
Part of her thinks she should be dancing and singing: “Ding dong the bitch is dead!”
Instead, all she feels is the intensity of the silence in her empty house.
She needs comfort, kindness, and a little love…
And the only person she might get that from is Matteo.
She learned young that she couldn’t rely on anyone. Ever.
She thought she could make an exception for him, though.
But a strange and sudden departure sow the seeds of doubt.
She hopes her mother wasn’t right about all men.
They can’t all be lying, deceitful cheaters.
Not Matteo — her Matteo.
He isn’t only after one thing… is he?