Home
Paranormal / Sci-Fi
Lured By Her by Briana Michaels (ePUB) 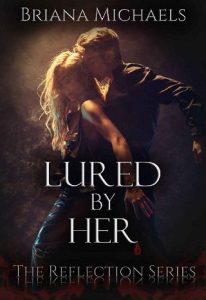 Lucian knew better than to get involved with a human, but that didn’t stop him from signing a contract with Tessa Banks and becoming her pleasure Dom. It was the best two years of his life until Lucian suspects she’s hiding something from him.
But he’s not entirely innocent as far as secrets go.
Tessa doesn’t know he’s a vampire. She also has no clue Lucian’s destined to see his fated mate in a reflection, and when that day comes, nothing else will matter because if he doesn’t find her in time, he dies by incinerating from the inside out.
If he knows what’s good for them both, he’ll walk away from Tessa and never look back. Cut her loose and set her innocent soul free.
But he can’t.
He won’t.
And that decision might be his ruination.
In a night of blinding panic, wheels are set into motion that will forever change the course of Lucian’s life and Tessa’s fate. Their relationship doesn’t crumble, it explodes, and Savag-Ri—the vampire race’s sworn enemy—are eager to pick up the pieces.
With his heart in one hand and destiny in the other, Lucian’s in a race against the clock. His time starts… now.