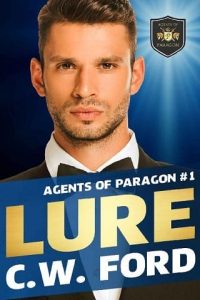 There’s nothing more dangerous than love….

Former CIA analyst Paul Milano is devoted to his new job as a psychologist in the Pentagon, helping soldiers rebuild their lives after the traumas of war.
When a mysterious stranger appears at his door and asks two intriguing questions, Paul finds himself lured once again into the dangerous world of espionage.
Teamed with Travis, a spy who just might be the most attractive and challenging man he’s ever met, Paul quickly realizes he’s in serious trouble. Danger surrounds him. A single mistake means catastrophe.
If he’s going to survive, he must fight the chemistry exploding between him and Travis.
Because when it comes to the spy game, distraction is deadly.
And there’s nothing deadlier than the powerful distraction of — love.