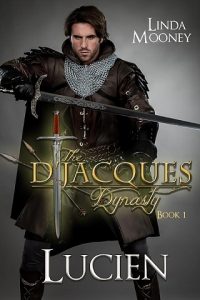 As the youngest Battle Prince, Lucien D’Jacques is discouraged because the affinities with weapons that his siblings have shown aren’t showing up in him. Being half-Mutah, that little something extra should be a given, but he’s no better than the average Normal soldier.

Meanwhile, the Damaged are back and slowly taking over. After receiving word that neighboring compounds are suffering, Lucien is tapped by his parents, Yulen and Atty, the Battle Lord and Lady of Alta Novis, to accompany them on a rescue mission to Green River. Now would be a great time for those specialties to shine.

When fighting an invisible enemy, it’s almost impossible to tell who is friend or foe. But if left unchecked, that enemy could wipe out all Mutah. It’s up to the D’Jacques, with the help of their army and newfound allies, to defeat the Bloods and stop the spread of the maddening disease, before it’s too late.