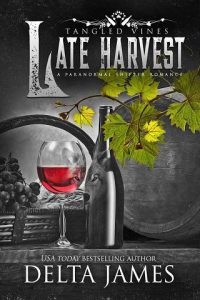 Twenty-nine years ago, the Alpha of Paris tore her from my arms. Today, I’m going back to claim what’s mine.
Charlotte Beaufort’s origin pack plans to use her as a pawn in their power play. Daniel Lawson, the dashing intelligence agent at the American Embassy in Paris is her fated mate.

Char makes a deal with two of the most powerful Alphas in wolfen society—her uncle and the Alpha of Paris in exchange for Daniel’s life. When Char learns she is pregnant with Daniel’s child, her mate adopts the boy as his own. Many years later when Hunters kill her mate, Daniel knows it is time to reclaim his fated mate and his family.

It was long past time he went to collect them…