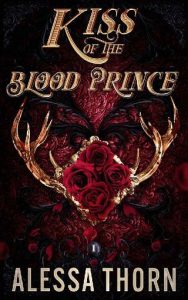 Fifteen hundred years is a long time to wait to get revenge. The Fae know how to nurse a grudge, and now they have returned to England to claim their rightful place.
Elise thought her biggest problems were her crap job and lack of a love life, but when a pissed off fae prince attacks her train, and she’s taken as his slave, her problems are only just beginning.

Elise wants to hate the prince for what he’s doing to her and England, but the longer she stays his slave, the more she learns about the atrocities humans have done to him and his people. She doesn’t know how she can convince Prince Kian that both races could live peacefully together. If she doesn’t, England is going to be wiped clean and recreated as the new Faerie.
Prince Kian has spent the last fifteen hundred years nursing his hatred, and it’s going to take more than one infernal female to stop him. It doesn’t matter that desire burns between them like a lit fuse and that she could be the key to saving him. He is oath-bound to see his vengeance through, and nothing is going to stop him.

Kian needs her blood to break the curse that’s killing him.
Elise needs to break his curse to win her freedom.
Once a bargain is struck with the fae, there’s no breaking it. But will her freedom be worth it if she loses her heart and condemns humanity in the process?