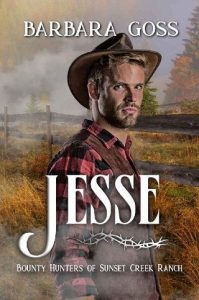 Fake friends are like shadows: they follow you in the sun but leave you in the dark
Jesse, a scarred man after being a bounty hunter for ten years, lives like a recluse. Suddenly two women enter his life, a raving beauty named Delia, and a bubbly woman, named Charlotte, who loves riding and shooting. One is out for his money and even his life, and the other is out for his heart. Jesse discovers one of his friends is behind a scheme to kill him and steal his land and money by using a woman. He needs to find out which of his friends and which woman is deceiving him. He marries one woman—but was she the right one?