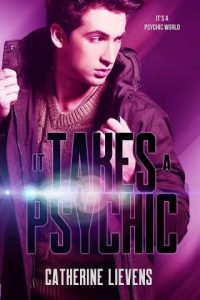 Face the past to save the future.

Victor never wanted to come home, yet here he is. He’s done the job that was asked of him, so he doesn’t have a reason to stay, but he can’t abandon the three untaught psychics he’s met while rescuing Marcel. The fact that his ex-boyfriend can’t take no for an answer doesn’t matter, since Victor hopes Barton isn’t aware of his presence.
Unfortunately, luck never works his way.
Tim wants to show his cousin that the mistakes he made when he was younger are far behind him. When Jerome agrees to hire him, he wants to make the best impression, and when they’re hired to investigate the disappearance of several humans, he can both help find them and impress his cousin.
But things are never easy. The man who took Marcel is in business again, and this time, he’s targeting humans. By fomenting the tensions between humans and shifters and using the right people, he’s throwing suspicions in a direction that could be dangerous for Tim, Victor, and their friends.
Someone needs to find the people who have vanished before the unthinkable happens.