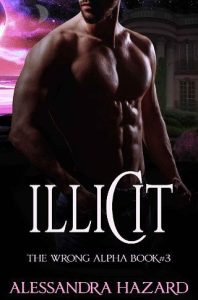 These feelings are utterly wrong. He’s an impostor. But if he isn’t? They’re even more wrong.

The last time Liam Blake saw his eldest brother, Liam was five and Anthony was sixteen. Liam barely remembers him. He remembers adoring him and remembers missing him, but his childhood memories faded as he grew up.
Fifteen years later, a man who calls himself Anthony Blake finally comes home after the war ends. He has documents that prove his identity, and he has Anthony’s dark hair, blue eyes, and broad shoulders. There’s no reason to think he isn’t who he says he is—except for Liam’s strange, inexplicable attraction to the man who claims to be Anthony.
Liam refuses to believe he’s that sick: related alphas and omegas can’t be drawn to each other or get fixated on their sibling’s scent. It’s unnatural. It’s perverse.
Could that man be an impostor?
But if he is, who is he—and why is he pretending to be Anthony Blake?