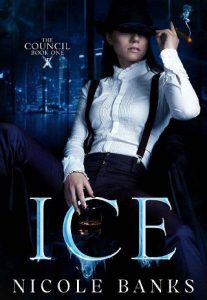 It’s a man’s world, and Sofia Barbati is about to change the game.

Only daughter to New York’s most notorious King Pin, and grand-daughter to Columbia’s infamous drug Baron—Sofia was born of bullets, betrayal, and blood shed.
Though, when her father’s enemies hit too close to home, she’s shipped to Columbia where she’s groomed to inherit her grandfather’s throne.
Whether she’s ready or not, news of her father’s death brings Sofia back to New York, hellbent on claiming what’s rightfully hers.
She’s stepping into a war with men who will never bow to a woman. It’s a damn good thing Sofia’s learned exactly how to bring these men to their knees.