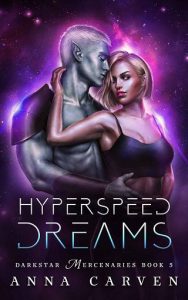 Lodan Vorkan has been called many things in his lifetime—perfectionist, control-freak, monster.
As one of the Kordolian Military’s infamous First Division, he’s one of the most feared warriors in the Nine Galaxies.
As a pilot, his skill is unmatched.

He doesn’t like the unpredictable, and humans are exactly that.
One by one, he’s seen his brothers fall to these confounding creatures. Even the most battle-hardened and ruthless of them have succumbed to the Mating Fever. Humans are trouble. Humans bring chaos. Always. When he encounters the strange human called Tasha, all his warning alarms go off. She isn’t anything like the other humans. She’s faster; stronger—artificially so. She has secrets; she tells lies.

A trail of blood-scent lingers around her. She is not the kind of human he would imagine as his mate. But Lodan’s control is about to be sorely tested—in more ways than one.