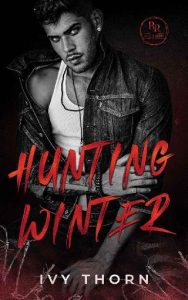 They left me for dead. Now I’m pretty sure I’d have been better off…
I used to be the princess of Blackmoor. Rich, beautiful, engaged to be married to the heir. Dean Blackmoor was supposed to win the game, accept my hand in marriage, and rule this town with me. I was supposed to be the closest thing there is to a queen these days. Pampered. Adored.
Untouchable.
Instead Dean picked his pet over me. Threw me out and left me for dead.
But I don’t remember any of that.
Now, someone else says he’s had his eye on me. He says he’s been watching me. Following me. Wanting me.
He says his name is Gabriel Martinez, but he’s no angel. He’s the lowest of the low, a man that the princess of Blackmoor would never have looked at, let alone touched. He’s a savage, a killer. And my stalker.
He says he’s not going to let me go.
And if I try to run away?
He says he’ll hunt me down until I’m his again.