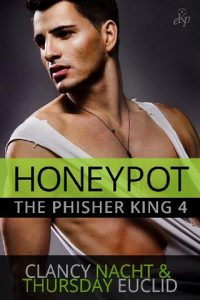 It’s been a long road to recovery since FBI Agent Cal Riggs and his hacker boyfriend Hunter Walsh’s last showdown with the treacherous Justin Barnes. His betrayal during False Flag left Cal and Hunter scarred and shaken. As their friends Sam Dupre and Rob Crawford dealt with domestic terrorism in Olympia during Penetration Test, Hunter and Cal fought to regain a sense of normalcy that never materialized.
The Bureau under the Trump Administration takes a punitive attitude toward Cal’s passion of fighting white nationalism, and his employment there grows less tenable by the day. Meanwhile, Hunter deals with the uncertainty of Barnes’s continued freedom by taking extreme steps to enhance the security of the condo he shares with Cal. No part of their lives has escaped Barnes’s poisoned touch.
When a shady corporate lawyer shows up on the doorstep while Cal’s at work, Hunter takes the meeting and discovers Barnes’s plan B: In his absence, he wants to bequeath his mercenary company, Dark Sun, to his former FBI partner and lover, no other than Callum Riggs. But what is Cal going to do with Barnes’s mercs? Can he really leave the Bureau he’s been part of since graduation?
But life in the private sector is dangerous, too. Enemies hide in plain sight in Dark Sun’s every office, and there’s no knowing who still supports Barnes and his deadly extremist agenda. Is the mercenary company an olive branch from Barnes to the men he betrayed, or is this the honeypot that will secure their demise?