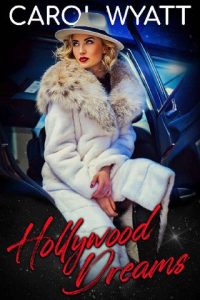 Andrea Bellamy knows what it means to be one of Hollywood’s most talented actresses.
At 38 years old, she’d won just about every award and after coming out ten years ago, she’d also won the hearts of the gay community.
Now, as her time as ruthless prosecutor, Sloane Madden, was coming to a close, she was once again portraying a gay character on screen thanks to a last minute rewrite.
If only Andrea’s own love life could be as exciting as the ones she got to play on screen.
At 24, Hailey was still waiting for her big break.
Small roles and side characters filled Hailey’s resume to date.
When her role as a paralegal on the most popular legal drama on TV gets elevated to Sloane Madden’s love interest, Hailey can hardly believe her luck.
Not only was this the kind of part she’d been dreaming of, Hailey would also be working with Andrea Bellamy, a woman she’d spent years admiring.
The public thinks they’re together.
Social media loves them.
When the lines start to blur, both women have to ask themselves if they really have a chance.