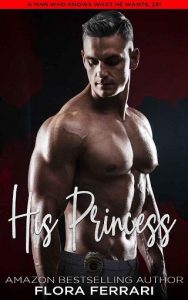 I’m the princess of the Irish mob, but there’s a problem…
The leader of the mob, my uncle, killed my father and I hate his guts. So when I get a chance to escape, I take it.
The only place I can run is into the arms of Rider Rawson, one of the only cops in the city who isn’t corrupt. He was a friend of my dad’s and I know I can trust him.
But I don’t expect him to be so tall, so handsome, so muscular.
I’m supposed to stay at his home for one night only, but then he claims me in the most primal and possessive way a man can.
I’m shocked. I’m just a nineteen year old curvy shy virgin who has no experience with men. Rider is six and a half feet tall, an ex-boxer who became a detective when his parents were killed by the Cartel.
He’s a millionaire cop and must have women throwing themselves at him all day long…
So why does he want me?
Just as I’m trying to come to terms with his savage and alpha attention, the Cartel and the mob start hunting us, threatening to end our budding romance before it has a chance to begin.
Can I get over my virginal shyness and accept that Rider wants me?
Will I ever be able to be the woman he wants?
And most importantly of all, are we going to get out of this alive?

*His Princess is an insta-everything standalone instalove romance with a HEA, no cheating, and no cliffhanger.