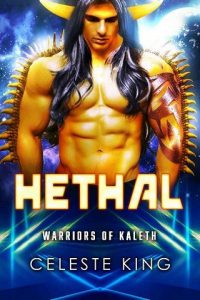 The fate of the planet Earth rests on the shoulders of a country music star.
Who is also an alien.
Heath Longstreet and Mike Wellbrook hate each other’s guts. And as Mike’s girlfriend, I’m supposed to hate Heath too.
He’s done everything in his power to keep Mike from rising to the top of the country music charts.
Every time Mike releases a song, Heath is there releasing a track.
Mike drops an album. Heath drops one too.
Mike could be a superstar if it weren’t for Heath and his handsome good looks!
I hate Heath, no matter how much I fantasize about him…
And then I realize that Mike and Heath are aliens!
Uhmm, what?
But wait, it gets crazier.
Apparently I’m a genetic mate match for Heath, whose real name is Hethal.
The alien boyfriend I had who I thought was an up and coming country star?
He’s an evil alien trying to enslave the human race with his songs.
Hethal is trying to stop him while falling in love with me.
What can I say, except…
That’s so country!