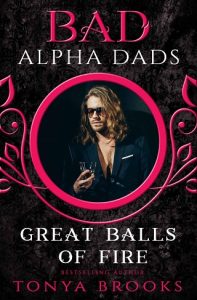 Centuries-old Dragan Pyrrhus had never expected his fated mate to run from him. Even after she left, the love he felt for his Ainsley had never dimmed, and the pain of losing her never ceased. Nor would it until he drew his last breath.
After years of wandering aimless and alone in the darkness, trapped in a cold, emotionless state of existence, his mate had finally returned, and it felt as if he had been reborn into the creature of fire and light that he was supposed to be.

At least it had until he realized that she had only come back to seek his help for the daughter he knew nothing about. The pre-teen, hormonal daughter with a bad attitude who was changing into the deadliest creature in existence, a fire-breathing dragon.