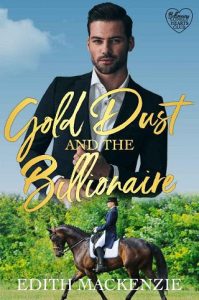 His friends can settle down, but he won’t. Or so he kept telling himself…

Freddy is feeling a little lost. When his bachelor friends have the gall to get married and leave him behind, drinking and gambling seem to be all he has left. Then he wins a champion horse in a card game and everything changes. Suddenly, he has purpose. Too bad his prize—and purpose—comes with an ambitious and annoyingly gorgeous cowgirl who hates him.
Harper has worked hard to get where she is. Establishing her own dressage training stables wasn’t easy, and she won’t let anything ruin it—especially not the spoiled jerk who used to torment her at Pony Club Camp. Too bad the jerk grew into a ridiculously tempting billionaire who also happens to be her top horse’s new owner.
But Freddy and Harper have bigger problems than their shared past to overcome if they want to make it to happily ever after. Because when Freddy gets caught up in his sister’s mafia drama, he’ll need to decide if the best way to keep Harper safe is to ride off into the sunset…alone.