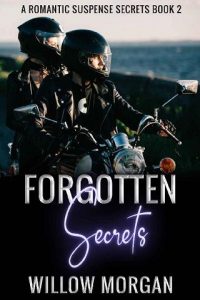 She was supposed to be dead.

Kenzo had spent the last eighteen months grieving over the death of the love of his life: Lyla. Together, they had planned to change the world, and when she died a part of his world had died right along with her. Since her death, Kenzo has tried to honour her memory by using Lyla’s wealth to make a difference, but still, without her by his side, it all feels meaningless.
What will Kenzo do when he comes face to face with a ghost from the past who is very much alive on a subway train?

Lyla has spent the last eighteen months recovering from a catastrophic car accident. While her body bares the harrowing scars of the accident including panic attacks, nightmares, as well as other physical limitations, Lyla’s mind has been transformed into a blank canvas. Unable to remember her past, Lyla instead focuses on rehabilitating her body. Little does she know that her efforts at recovery will put her in the crosshairs of a past filled with secrets, everyone wants her to forget.
Reunited with Kenzo, he and Lyla must uncover all the secrets her mind has been hiding.

But, will they be able to unlock her secrets before those wishing to destroy them, catches them? Or the people who tried to kill her finish what they put in motion eighteen months ago?