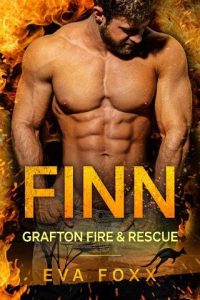 Finn’s reputation as the most reckless firefighter in his Australian brigade is well-earned. The blue-eyed, chiselled, powerhouse of a fireman is always the first to rush into any blazing bonfire before him without a single look back.

When it comes to love, however, Finn tends to drag his feet… if only because there’s only one woman he’s ever truly wanted.
Curvy and voluptuous Zara has been friends with Finn since they were children. Though she’d always found him handsome as hell, she can’t deny that Finn is no longer a wild boy – since joining the fire brigade he’s become all man.

Just the sight of Finn makes Zara’s mouth water, and he’s craving her electric touch as much as she longs for his.
Even though these two old friends have gotten used to ignoring the kindling lust between them – soon it’s going to explode into an inferno of passion that neither one can resist.