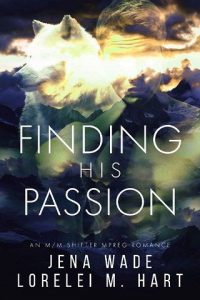 Gio always believed he would find his mate…he just didn’t expect it to be in a cage.

Omega Thorne never minded being the rarest of all shifters, a wombat omega—at least not until the day he was kidnapped because of his rare blood. Now he’s trapped in a cage awaiting evils, both known and unknown, thanks to the dark healer who holds him prisoner. When a fellow captive is rescued, he scents his mate. His mate scents him too. This should be the beginning of his happily ever after—if only he wasn’t trapped in his fur, his human side gone.

Alpha Gio watches as all of his friends and fellow pack Betas find their fated mates. He never admits it aloud, but he’s more than ready for it to be his turn. He wants to have the mate, the babies, the picket fence—all of it. Instead he sees the terrifying side of finding your one true love—when something goes wrong.

When Gio and his packmates rescue a pack member from the dark healer, Gio finds his fated mate. He wastes no time rescuing and caring for him, his love already unconditionally there. There’s only one problem—his mate’s human side is missing—stolen by the dark healer. Now on a quest to both protect and save his mate from unfathomable evil, Gio needs to balance his love with the quest for vengeance burning inside of him.