Home
contemporary romance
Fight for Her by Liz Plum (ePUB) 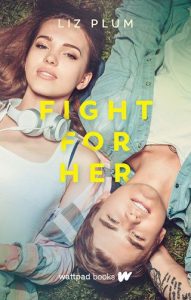 Fight for Her by Liz Plum – Free eBooks Download

The queen of high school meets a bad boy wrapped in a mystery, in this darkly gripping teen romance.

Scarlet Tucker is the queen of high school. At Royal Eastwood High, money determines social status – and if Scarlet’s family have one thing, it’s money. She hangs out with the popular crowd and is dating Jack, star quarterback and heartthrob.

But behind the scenes, things are a little different. Scarlet loves studying, which her classmates would think is lame. She works as a mechanic in her spare time, because she wants to earn her own money. And she doesn’t think much of Jack’s incessant bullying of Elijah Black, the school outcast.

When a chance encounter between Scarlet and Elijah sets sparks flying, the two unlikely classmates discover they have a lot more in common than they thought. But sparks can catch fire, and some secrets are better left buried.

Who will be caught in the destruction?