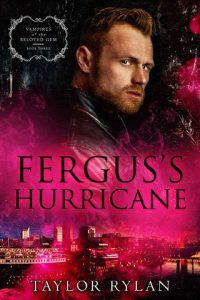 Even aged Scotch cannot compare to the sweetest wine when it comes to your beloved.

Fergus McGregor doesn’t like change. It was difficult enough leaving behind the pub that had been in his family for centuries. Now he has to accept not only a new boat but also more help behind the bar? Though he prefers to work alone, when he sees the soulful brown eyes across from him, they make him want things he never thought he wanted.

Seven years have passed since Montgomery’s older brother left and came to the human realm, leaving a young Montgomery behind. Now, Montgomery is old enough to leave the fae realm and finally find his own mate. He doesn’t care who he is, only that he got away from his parents. First, according to the Fate Thomas, he has to take a little vacation aboard the Beloved Gem. But who is the cranky redhead behind the bar, and why does he make his body tingle?

Montgomery grew up thinking vampires couldn’t be trusted around fae because of the draw of their blood. He’s learned differently and discovered the pleasure from Fergus’s bite can be quite…enticing. And well, Fergus learns just how much trouble a little fae can be.

Fergus’s Hurricane is the third book in the Vampires of the Beloved Gem series. Each book in the series focuses on a different couple, but these books should be read in order as there is an ongoing backstory, and previous couples will make appearances in future books. This is a fated mate MPREG story with plenty of sexy times. You should expect all the normal vampire shenanigans and sometimes love bites in unexpected places.