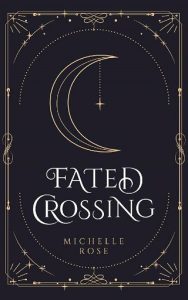 History tells of a time when humans and fae lived together peacefully, but conflict drove the fae to abandon this world.
Or so it’s been told.
When twenty-four-year-old Grace Helden stumbles into the fae realm, she finds herself brought before King Niethal Grager, one of five ruling fae monarchs. Charmed by his generosity and affection, Grace soon realizes every moment spent with Niethal is dangerous, not for the risk of being trapped in the fae realm, but for the risk to her heart. With Grace by his side, Niethal intends to restore the fae to their former glory, even if it jeopardizes the fabric of their world.
There is one who stands against Niethal. Prince Isiah Thorne suspects Niethal’s plot could place Grace in grave danger, and when it’s discovered she possesses ancient magic, Isiah knows he must protect her and their bond at any cost.
Torn between a powerful king who will stop at nothing to get what he wants and the male fated to her, Grace must choose: prevent the borders between realms from falling or shatter them as commanded. But to break such magic requires a sacrifice…

The answer is in the blood.