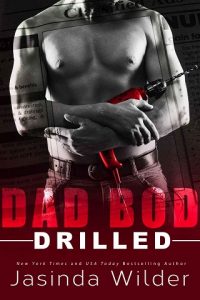 IMOGEN: Jesse says you better know what you’re doing with Franco.
ME: Dude, I’m scared.
IMOGEN: !! What? Tell me!
ME: He makes me FEEL THINGS. It’s icky and I don’t like it.
IMOGEN: You’ve known him what, a few hours?
ME: I’m telling you, he scares the sh*t out of me. But he’s so good I can’t stop myself.
IMOGEN: Audra, seriously. Chill. It’s been a couple hours. It’s just insta-lust.

I send Imogen another selfie, this one of my face—I’m biting my lower lip, eyes wide, glancing to the side at Franco laying next to me—his mouthwatering and lust-inducing body is on full display from the waist up. I send a caption a second later:

ME: YOU DONT UNDERSTAND!!! HE’S GOT A MAGICAL D*CK AND I’M FEELING THINGS!!!
ME: Uh-oh. He’s waking up. Time for round…3? 4? I’ve lost count. Tell me I’m a cold-hearted man-eating b*tch with no soul. Tell ME!
IMOGEN: You’re a cold-hearted man-eating bi*ch with no soul? Only, you’re not. So…you’re on own with this one. Except if you need me of course. I’ve got All Thai’d Up on speed dial, three bottles of Josh in the rack.
ME: if this goes south—or anywhere except nowhere, you’d better make it four. Or six. Because we’re either going to be incredible together, or we’ll destroy each other. There will be no in between.

I set the phone aside as Franco’s stunning blue eyes open and fix hungrily on me. He reaches for me, and all thoughts are banished except one:

God, I hope I know what I’m doing…

I laugh internally at that, because does anyone know what they’re doing?

I know I sure as hell don’t.