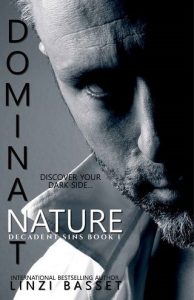 But never the twain had met … and for as long as he had control over the two different lives he lived … they never would. To date, he’d been successful in keeping his true identity from those who had been vying to end the reign of one of the most feared Crime Lords.

Until she arrived at the club. Dakota Harris, a snoopy FBI Agent, who stuck her snippy little nose in where it didn’t belong. He’d be damned if a woman destroyed the secret he’d worked so hard to keep.

Before she realized her mistake and attempted to retreat, he’d strung her up and taught her a lesson she’d never forget. Now, all he had to do was to keep her under his Dominant spell to ensure she kept her pouty mouth shut.

Except, was she a sensual submissive, or a sly serpent? Has the mighty Master of Decadent Sins finally met his match?