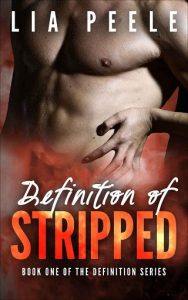 A girls’ night out. A handsome stranger. A lifetime of secrets.

Scarlett Trent, is a young, gorgeous, and successful career woman who is fiercely protective of her reputation in the local business community. Behind her well-constructed façade she’s equally protective of the kinky secrets she’d like to keep under wraps. When she meets someone from her past, their instant chemistry throws her off balance, and that’s the last position she wants to be in. Especially with him.

Brilliant, charming, and handsome, Dev Jackson never chased women. They chased him, and that’s how he played the game until now. No woman excites him as much as Scarlett. She’s hot, sexy with a sassy edge and represents everything he thought he never wanted. And it scares the hell out of him. Their chance meeting is the beginning of what will be the most exhilarating experience of his life … and he wouldn’t have it any other way. He’s got secrets too; lots of them, and as the heat between them rises, doubt begins to plague him.

His attitude isn’t the only thing threatening their budding romance. Someone else wants to see them sever ties.