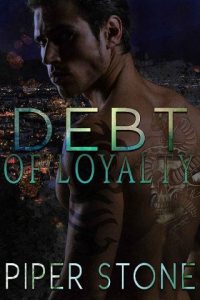 It was my job to rescue her from a Brazilian prison. What I didn’t expect was choosing to make her mine.

Willow Cavanaugh is prepared to graduate with a veterinary degree from an esteemed university when she’s kidnapped in broad daylight. The authorities expect a ransom demand. Then as it became clear the Brazilian Lord’s intensions are brutal, they hired a former Black Ops member to retrieve and keep her safe.
However, after enduring multiple attacks, finally rescuing and taking her to a remote Pacific Island, it became clear she would never follow my rules. When her bottom is reddened from being across my knee, issuing moans of rapture after multiple orgasms, she’ll learn disobeying a former Army Ranger has stern consequences.
As danger encroachers, ugly secrets revealed, there’s only one way of keeping her safe – destroying everything she holds sacred.
She may fight the only man who can protect her, but she has no choice. Now, she belongs to me.