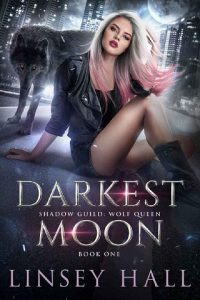 I’m supposed to be the Alpha’s mate. Screw that.

Since I was born, I was destined to be one thing—the Alpha’s Mate. It should be every girl’s dream. Not mine, though. He’s too dark and damaged, and I’ve got a secret he can never know: I’m not a true wolf.
Instead of waiting for him to figure out I’m an abomination, I left on my fifteenth birthday. But I didn’t go far. No way in hell would I let fate drive me from the town I love.
Ten years later, I’m still hiding in plain sight. When I occasionally see him on the street—deadly, sexy, powerful–I just walk by. Keep my head down.

Until that night. Wrong place, wrong time, and suddenly I’m accused of murdering someone from my old pack. And he’s there. Blaming me. I’ve got one chance to prove my innocence and find the real killer, or I’m dead by shifter law.
Fortunately, the Alpha doesn’t recognize me because I’m no longer the same ugly duckling. He senses I’m special though, and he won’t stop until he figures out the truth. But when he does, I’ll be in danger from more than just the murderer.