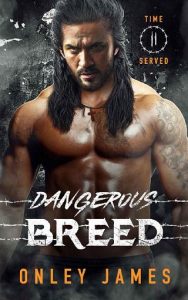 PREACHER GRAVES made a fatal error in judgment when he was just sixteen years old, and it cost him twenty years. Now, he plans to live out his days in quiet isolation. For six months, he’s done just that. Until a favor for a friend finds him rescuing a twelve-year-old boy from a ruthless biker gang, putting him face to face with the boy’s beautiful and very damaged older brother, Memphis.

MEMPHIS CAMDEN suffered an unspeakable childhood, culminating in an act that left him disfigured, inside and out. When he could, he ran, leaving his past behind, including a baby brother he thought was safe. For a time, Memphis is content living and working in an LA flower shop. He’s put thoughts of love aside, unable to trust anybody enough to let them see all of him. But a phone call changes everything.

Preacher assumes his protective detail will end when Memphis arrives, but one look and he can’t bring himself to leave. Memphis is terrified of his abuser, but he’s fiercely protective of the brother he barely knows, and now, Preacher feels the same way for Memphis.

But protecting the Camden brothers is going to take more than just Preacher. Their father is the head of the vicious biker gang that chained up one son and maimed another, and he’s decided they need to be silenced. Memphis is battling a past that’s come back to haunt him and the irresistible draw Preacher seems to have over him, but each time he gets close, Memphis pulls away. Can Preacher keep Memphis safe and convince him that he can trust him with his body and his heart?