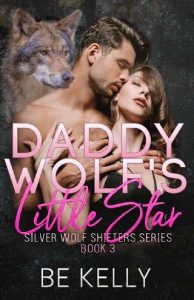 Stardust Luntz was a runner. When things got to be too much for her to handle, she moved on. And now, she had run herself right out of options. Star was back on her reservation with her tribe—her pack. It was the place she had grown up, the place she fell in love for the first time, and where she had left her heart when she foolishly took off. Her heart belonged to Lake Sani and had for the past ten years, but she took a little piece of him with her when she left, and now, it was time to come clean, tell him the truth and let the chips fall where they may. It was time to introduce Lake to his son and hope like hell she could find a way to earn his forgiveness because living without him had proven damn near impossible.

Star was home—his Star. Despite the heartache of losing her ten years ago, Lake was willing to play the fool and take her back. He still loved her—hell, he’d never stopped. Even when word got back to the reservation that Star had found love with some big shot hockey player, settled down, gotten married, and had the guy’s kid, he never gave up on wanting her. Sure, it hurt like hell because that was what Lake wanted with her, but Star made it damn clear that she didn’t feel the same way about him just before she packed her suitcase and left town. Now, she’s back with her son, Kai, and Lake is willing to let her back into his life, his home, and his heart. He knows the risk he’s taking but he doesn’t care. When it comes to Stardust, he’ll chance just about everything to get what he wants from her.