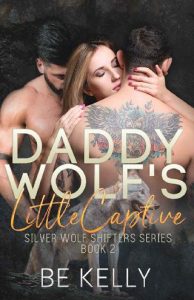 This crazy plan had to work because if it didn’t, Lilith Mercury would lose her little sister, Willow, and that wasn’t something she could live with. She had to let the Devils’ auction her off to the highest bidder or she’d be screwed and they’d kill Willow. They were the most ruthless wolf shifters out there and when they made a promise, they kept it. When she’s handed over to Nomad, he’s the stipulation that might mess up her plans and lose Lilith everything. Nobody counted on her being a shifter herself and her fox wasn’t the only surprise she had in store for them. No, she was something special and she was sure they hadn’t seen anything like her yet.

Colt Sutton was not only one of Nomad’s closest friends, he was his boss at the Bureau. They were both a part of the same shifter wolf pack—Perdition and had an unbreakable connection. What he couldn’t get his friend to understand was that he wanted out—of everything. Nomad was done with his past, having served his ten years for making the biggest mistake of his life and he was done with the FBI. He was ready to retire, even if Colt had other plans for him. He just never imagined that his friend’s plans would include sharing the sexy little fox who not only needed their help but wanted them both in her bed. Nomad couldn’t share, he wouldn’t. Not until Lilith made him and Colt an offer they couldn’t refuse—her body and her submission.