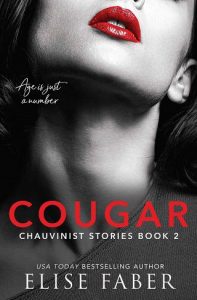 She was nearly forty, in excellent shape, with a nice face, and a decided weakness for pretty boys. She also didn’t care if those pretty boys were her age or much younger. A man was a man and she loved men.
But just because she was open to seeing younger men, didn’t mean she was open to a future with them.

Artemis lived her life in temporaries.
Temporary relationships. Temporary production contracts. Temporary lengths of time in different locations around the world.
No ties. No strings.
That was better for everyone.
Except, Pierce didn’t see it that way, didn’t understand they’d had their temporary fun and it was time to move on. Fifteen years her junior, Pierce was a talented young director, lovely on both the inside and out, great sense of humor, and frankly, he had the best set of abs she’d ever seen on any human. But the key word in the previous statement was young.
And circling back to temporary.

Except, Pierce had gotten it into his head that he didn’t want temporary. He wanted Artemis and not just in his bed.
He wanted her in his life . . . permanently.
The scariest part? Artemis was worried she might want that too.