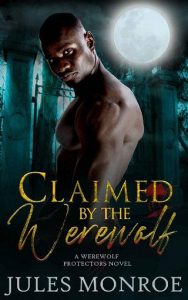 “I claimed him as mine, and now I have to pay for it.”

Not all werewolves are good.
Some are bad, and Jeremiah is running with them. He’s infiltrated their pack, and he’s been on the road with them for years, blending in. As the pack grows darker, they finally cross the line.
They take a vampire captive. He’s there for the pack to enjoy, to have their way with, but Jeremiah recognizes his voice, and something inside him shifts.
He claims the vampire.
And he’s never claimed anyone in his life. Hell, he’s never even been with anyone in his life, but now he’s playing house with someone who’s terrified of every move he makes.