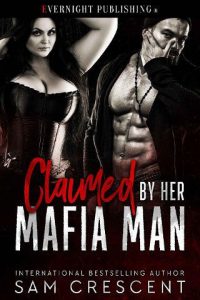 Isabella Drago’s father has trained her to take over and stand in his place as Capo. He made other plans, though, and now she must marry the man he chose or fight for her place in a man’s world.
Damon Romano, the Monster as he is called, is intrigued by the woman who’s been trained to take care of herself. This is his chance to finally have a woman at his side, one who isn’t afraid of him. Marrying her would grant him more power, but her rejection is expected.
When someone tries to kill her, it’s up to Damon to protect her. She will marry Damon, but this won’t be a love match. Passion burns between them, and it’s only a matter of time before she falls for him. He intends to catch her, to train his little virgin in every way.
He promises to protect her, but first, he must find out who wants the love of his life dead.