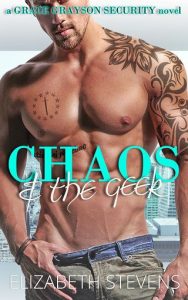 How do you politely refuse when the only guy to star in any of your dirty fantasies has just offered to put you up for the foreseeable future and your brother’s just accepted like you were in fact still thirteen and couldn’t make decisions for yourself? You don’t. And, you end up with a roommate who wears a very good elegant mask over the rough and tumble, bad boy core I remember far too well.

So, there’s not only the issue that he’s my older brother’s best friend, but also a sex-god this virgin can barely talk to. But that certainly never stopped me from drooling over him and it wouldn’t stop me now. He’s so far out of my league, I wouldn’t even clean in his league.