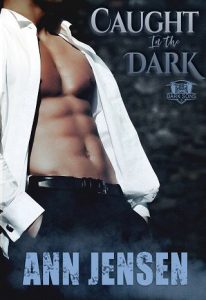 Angela, a socially awkward, sexually inexperienced, computer genius, has chosen to expand her horizons and research what a man wants in a woman by working at night at a strip club. She thinks she has found the perfect teacher in Tek, a member of the Dark Sons MC. But this biker is so much more than a bad boy, he is a billionaire. She shows up to her new day job, programming for a big security firm, and finds out he is the CEO. The saying ‘Never mix business with pleasure’ becomes startlingly truthful, when foul play happens at work and Tek accuses her of trying to destroy his company. She’s knows she’s innocent but trying to prove it may cost her her life.

Tek’s security company has become the target of skilled hackers. When a gorgeous, brilliant, and well-known hacker starts working at not only his company but at his MC’s strip club he is suspicious. She captures his imagination, interest, and lust. When he discovers he’s wrongly accused her of crimes, and put her in the crosshairs of the actual criminals, Tek struggles between keeping her safe and trying to claim her as his own; he plans on succeeding at both.