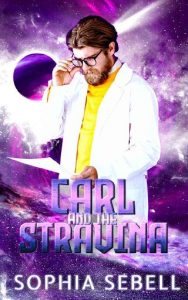 It was my time to go into the unknown, as I’ve sent so many others before.

We’ve lost three women to the wormhole now, and the alien we captured escaped. Things have been going poorly to say the least. After tireless efforts, we got the wormhole reoriented to the correct destination and are preparing to send another person in.
I volunteered this time. Thanks to the parting gift Idalas left me, it seems like the only correct course of action.
Things were much different than I expected. Especially the twelve foot tall lizard man I met almost immediately on arrival. He was nice, though, and we chatted for a while before heading into the city.
Everything in the city was wild and wonderful but one thing stood out more than the rest.
An alien woman. She scared me at first, three feet taller than me and her body shrouded in heavy black clothing, face hidden by a gas mask. When she removed her cloak, I got a good look at the curves hiding under there and oh my, what a woman. She was sweet, wonderful, and very well-equipped, if you catch my meaning.
I’m finding it hard to focus on my task with her around, but I’m not complaining. At least, not until she starts talking about the debt I owe and asking me how I plan on repaying it. Now, I’m not quite sure what to do or say, I fear I might be destined to be trapped in servitude on an alien planet. At least the view is nice.
Carl and the Stravina is a short and sweet instalove sci-fi romance that features an inquisitive mind traveling to a distant planet and finding more than he bargained for. No cliffhangers or cheating. Happily ever after guaranteed!

Carl and the Stravina is a companion story to the other books in the ‘Metagalactic Mates’ series and it is not recommended to read it before reading book four: Mated to the Alien Captain. It contains several spoilers for the previous stories.