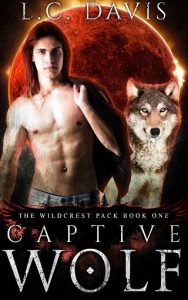 An alpha who thirsts for blood discovers his greatest temptation yet: an omega who belongs to the enemy.

As a Bloodstrain wolf, Roman Redthorne is one of the most feared shifters in the surrounding territories, and for good reason. His family line has been closely guarded for generations, all with the intent of strengthening the rare trait that allows them to draw power from the blood of their enemies.

There’s only one rule a powerful alpha like Roman must obey: find an omega who’ll strengthen the line.

Jake certainly isn’t that, but when Roman is betrayed and left for dead by his own brother, the feisty omega who takes him home makes him question everything he thought he knew. Captive behind enemy lines, Roman will have to fight for his freedom. But what if freedom doesn’t mean what he always thought?