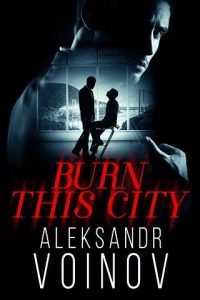 Some passions can set a city aflame.

Consigliere Jack Barsanti has worked his way up from nothing, survived a vicious Mafia war and, proving his loyalty, done time for his crime family, the Lo Cascio. He’s devoted his life to defusing tensions, reining in volatile men, and keeping the peace between the three crime families in Port Francis to prevent another bloody war. All the time harboring one devastating secret that would cost him everything.

Enter Salvatore Rausa. A boss himself, Sal doesn’t care about peace or the feelings of other made men. The war has cost him the wife he dearly loved, and he’s bided his time to prepare for payback. But he needs intel to wipe the Lo Cascio off the map first.

Nobody in their right mind would lay a hand on a rival family‘s consigliere. Nobody except Sal. When he grabs and bags Jack Barsanti, he knows the clock is ticking. He needs to work quickly to make Jack spill his secrets. Except when he interrogates Jack and uncovers the weaknesses of his enemies, he gets a whole lot more than he bargained for.