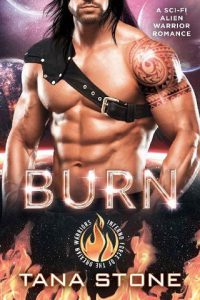 My hot Drexian best friend was tempting–but off-limits. Then we got stuck together on an Inferno Force battleship. Now resisting him is torture.

When the Inferno Force battleship I’m working on jumps away to save a colony under attack, I have no choice but to become part of the crew.
But the Inferno Force ship is nothing like the high-tech space station I’m used to—and the warrior crew isn’t used to females on board. For a curvy brainiac who’s not used to being noticed, I’m now being noticed—a lot.
At least my best work friend—also an Inferno Force warrior—is onboard, but it doesn’t help that I’ve started to look at Vekron as, well, not a friend. The last thing I want is to lose my only friend if things didn’t work out.
When we learn that the attack on the colony didn’t come from the Drexian’s usual enemy, but instead from a new alien scourge sweeping across the galaxy, my traitorous thoughts are pushed aside as the entire ship works to rebuild the colony and defend it from the deadly threat.
But life among the gorgeous warriors is anything but simple, and my feelings for Vekron make it torturous. I might survive the terrifying alien swarm, but can I survive being forced to live side by side with the one guy I can’t risk falling for?