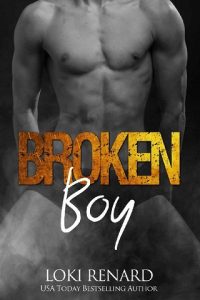 They’ll Bring Him To His Knees.

Aiden Taylor-Chapman had it all until he threw his life away on drugs and crime. Now he’s being targeted by a mob boss who wants him dead, and he’s been captured by two military grade bodyguards who are holding him on the orders of Mason Malone – a man who was once his best friend, but is now keeping his sister prisoner.
If only Steven and Robert would let him go, he might have a chance of putting things right, but the two ex-Marines are more than a match for him. They demand obedience and submission, two things Aiden has never been able to give anybody. It’s a battle of wills he loses every time as they subject him to their unique brand of military discipline.

It’s bad enough that they won’t give him the fix he craves. Worse still, he’s falling for them both.