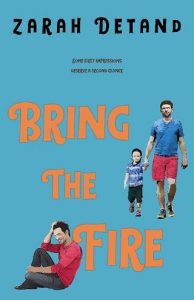 Some first impressions deserve a second glance.
After a bad breakup and a subsequent move to join the Homicide Squad in New York, the last thing Alex Ross wants is a dangerously attractive, adrenaline-seeking, and almost certainly straight new partner. Unfortunately, that’s exactly what he gets.

Ramon Braxton created a new life for himself after leaving the SEALs—a life revolving around chasing down bad guys with his small but highly competent task force, a son who turned out to be best mistake he ever made, and a grudging acceptance that his parents would rather have no child than one who’s gay. At no point did he ask for a partner charged with smoothing over Ramon’s rougher edges. Even if the guy is rather easy on the eyes.

In this New York City MM romance, two men race to prevent an escalating war between two crime families—and may just end up finding each other along the way.