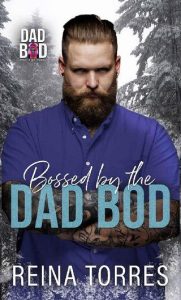 Doyle Crane is the man people look to for reassurance. He’s a rock. The people who work for him. The people who live in town. His teenage daughter even laughs at his jokes… once in a while. He keeps himself busy, so he won’t think about what he’s missing. What’s even worse is he’s found her. New in town, making a new life for herself. What he wouldn’t do to get his hands on her, but he’s afraid he’ll scare her away. She’s just too sweet to be bossed around by the likes of him.
Shelby Akers is new in town and new to love, but that didn’t stop her from falling for Doyle Crane the first day she met him. It wasn’t love at first sight when he helped pull her car out of the mud or when he shook his head at how she was shivering in the rain, but it most certainly was when he took off his coat, wrapped it around her body and gave her a heated appraising look and muttered, “Someone needs to take care of you, Shelby.”
Doyle knows he’s too bossy to even think of getting close to Shelby. She needed a nice, easy-going guy who could be gentle with her, someone who wasn’t him.
That all changed when her boss put her in danger.
He went from hands-off, seemingly unaffected Doyle to demanding, bossy-as-fu…dge, hands-all-over protector. Shelby couldn’t be happier.